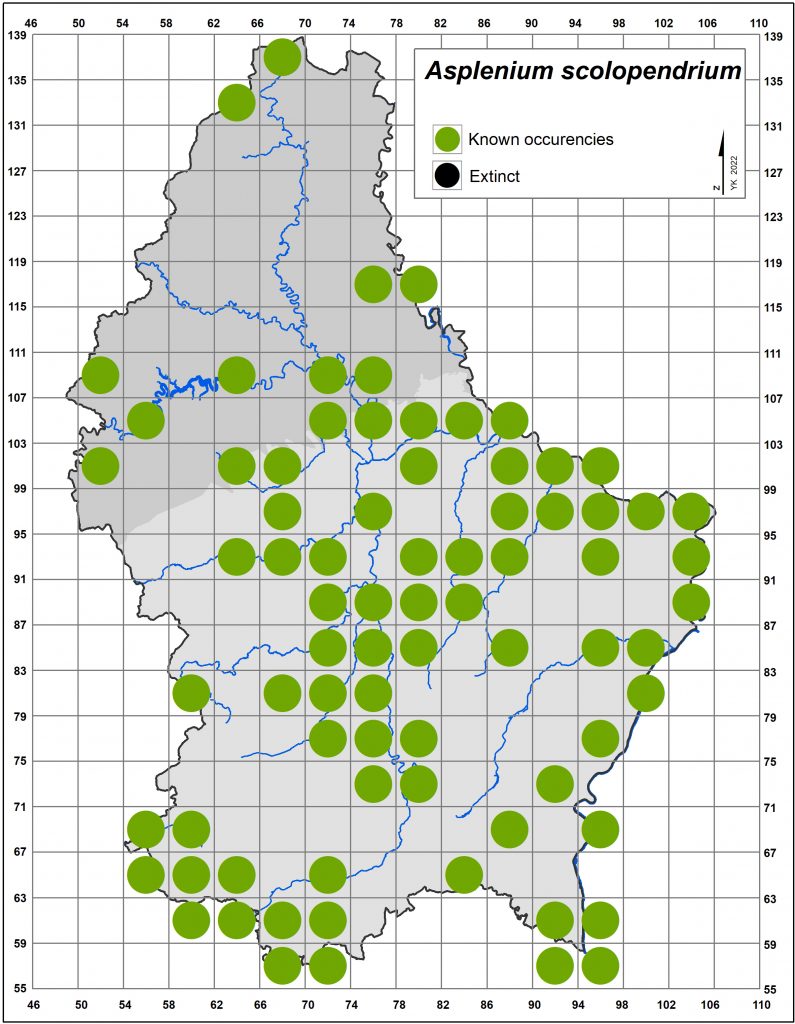 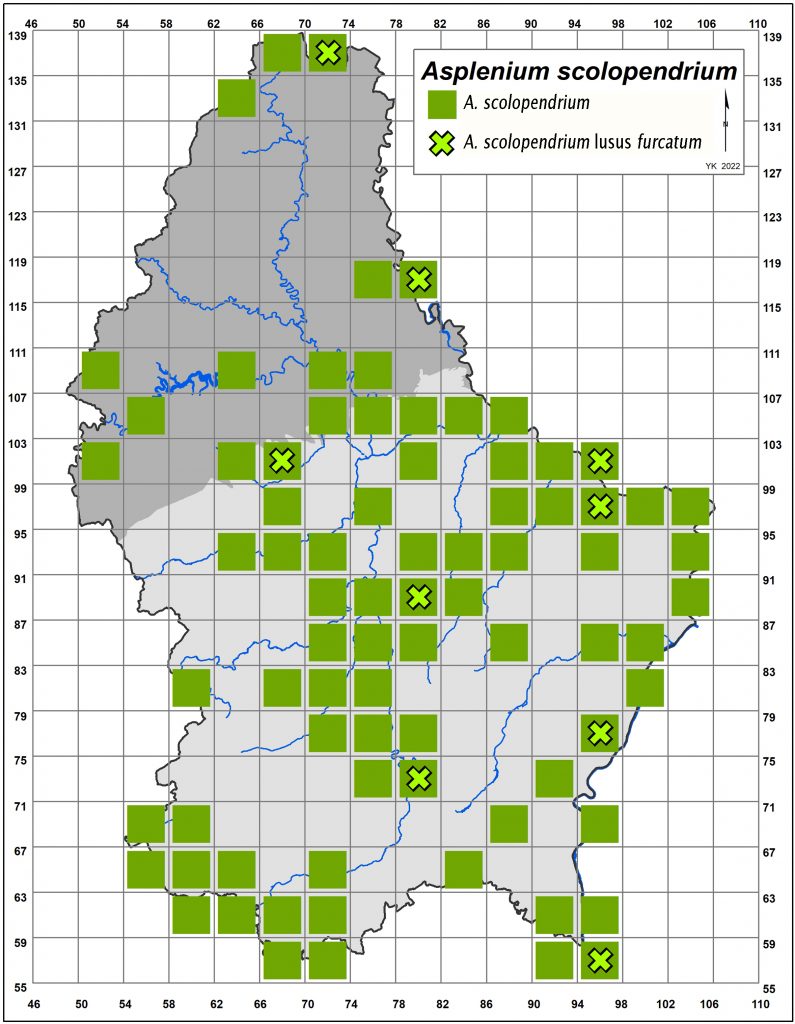 Asplenium cf. onopteris was discovered near Berdorf by A. Biermann in 1953 (Reichling 1954). There are no other sites known for Luxembourg. A recent revision however showed that it just was an acute-leaved form of Asplenium adiantum-nigrum ! 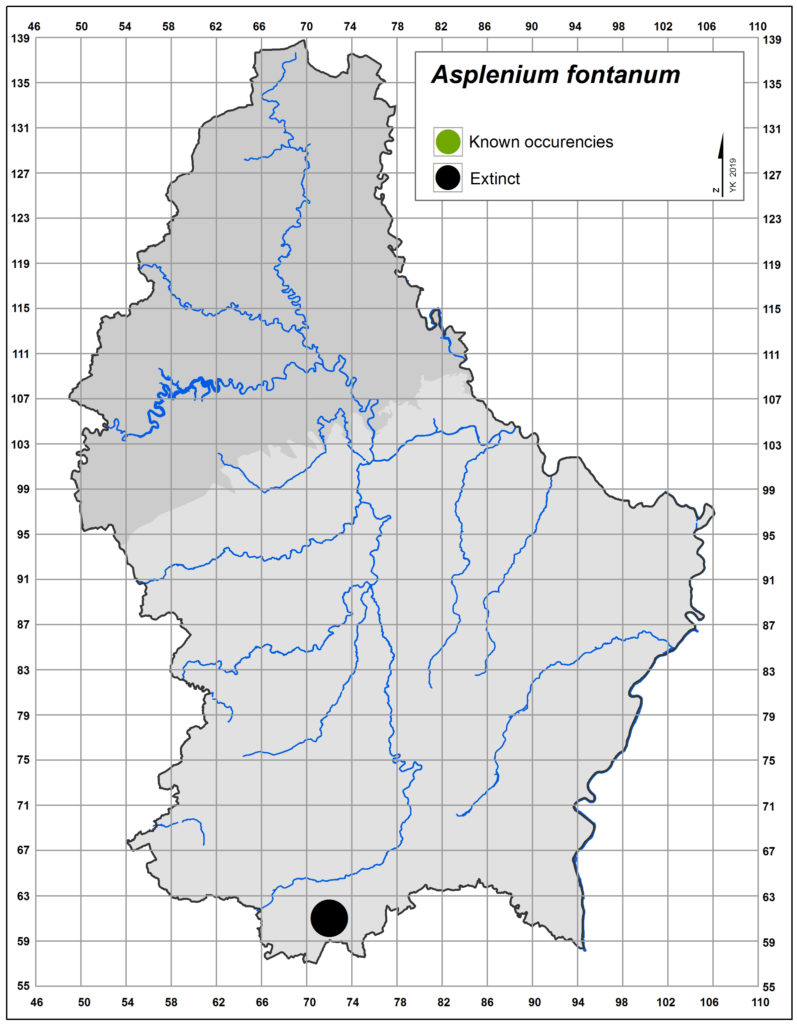 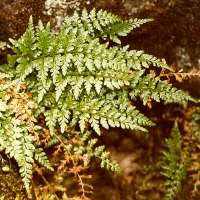 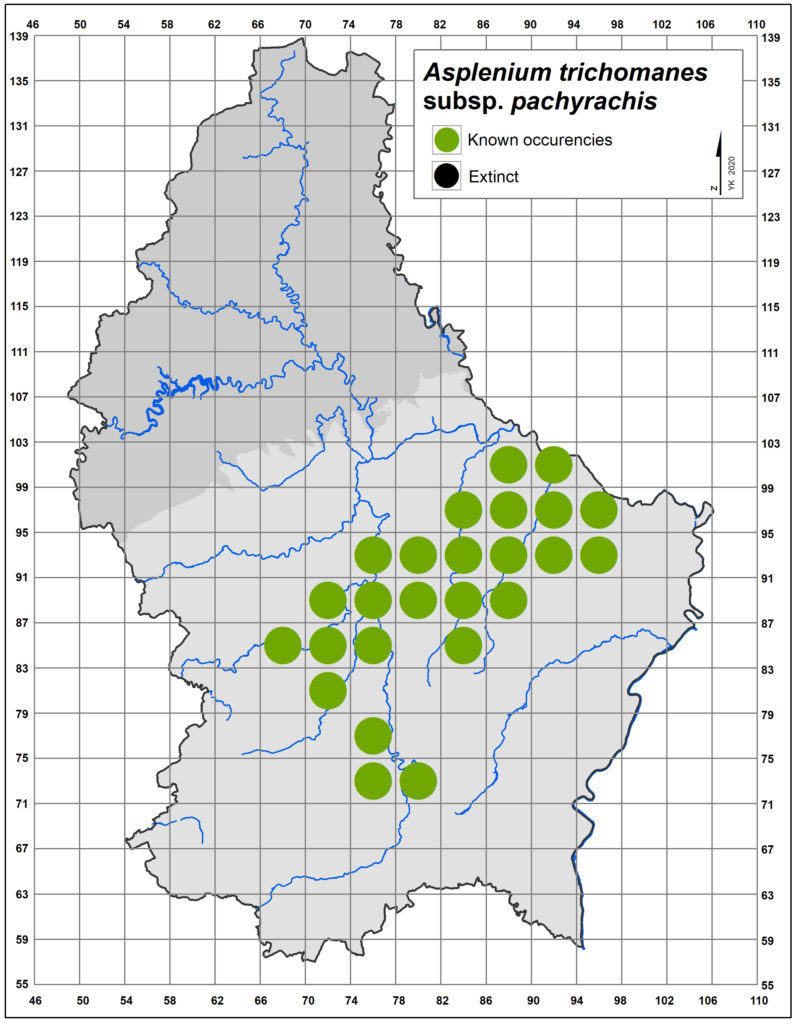 The plants of Asplenium trichomanes subsp. pachyrachis [Photo 1] are usually smaller and of paler coloration than those of subsp. quadrivalens. They always form a flat rosette of fronds which spread closely over the rock face, in a ‘starfish’ manner) [Photo 2].

The pinnae, usually subtriangular or even hastate are often overlapping, which gives each frond a congested overall appearance [Photo3]. Generally longer and more distinctly lobed than in the other subspecies, the pinnae are characterised by an often deeply crenately toothed margin with a conspicuous hyaline border.

Asplenium trichomanes subsp. pachyrachis can hybridise with subsp. quadrivalens, forming a vigorous plant with a more upright habit than subsp. pachyrachis and distinctly intermediate between the parents. It is known as Asplenium trichomanes L. nothossp. staufferi Lovis & Reichstein [Photo 4]. This hybrid is easily found in areas where the two parents are present and grows on natural rocks as well as on man-made walls.

A rapid investigation of natural sandstone outcrops, buildings, walls, … showed that Asplenium trichomanes subsp. pachyrachis is rather common in the sandstone area. Here it occurs on natural, often vertical rock surfaces, in crevices on steep rocks, as well as on sandstone walls. At present date [13/10/2020], many sites in over 80 square kilometers are known. Most of the sites occur in the ‘Petite Suisse’ area, but the Lobed Maidenhair Spleenwort is present in the whole sandstone area as far as Luxembourg-City.

The results of the investigations, with a description of the subspecies, the present distribution and status in Luxembourg can be found in: 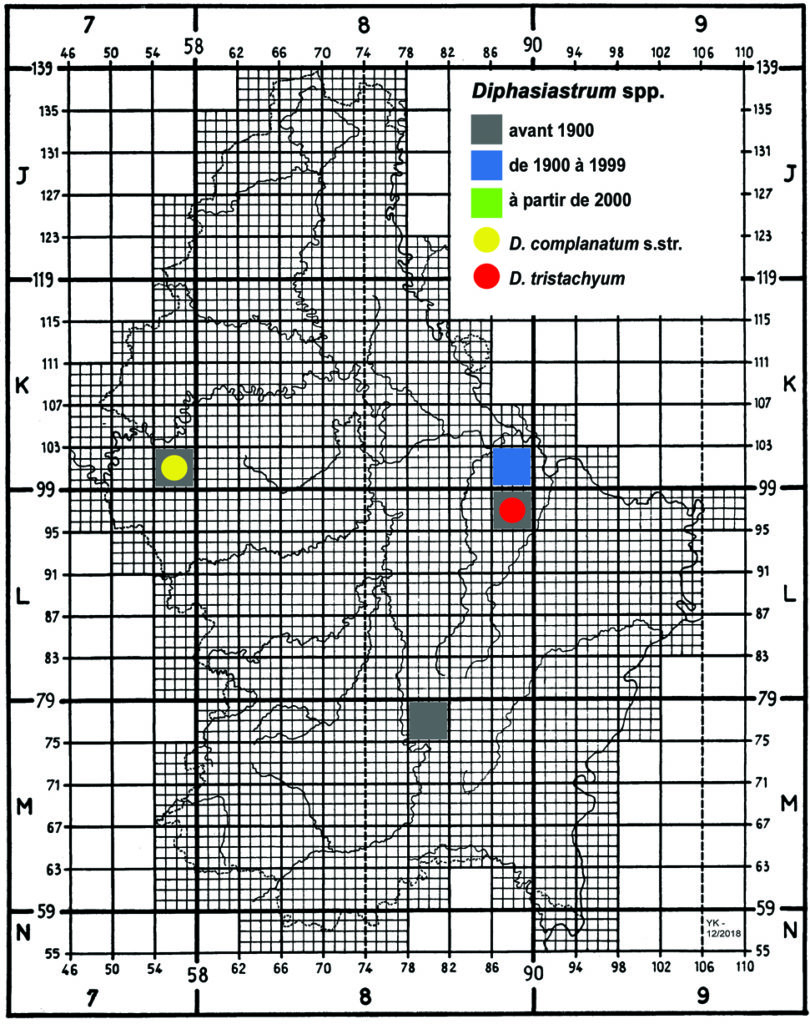 Diphasiastrum tristachyum was mentionned by Lawalrée (1951) for ‘Grunenwald’ between Rambrouch and Arsdorf (19th century), but the only documented record is Beaufort.  Recent observations are lacking.